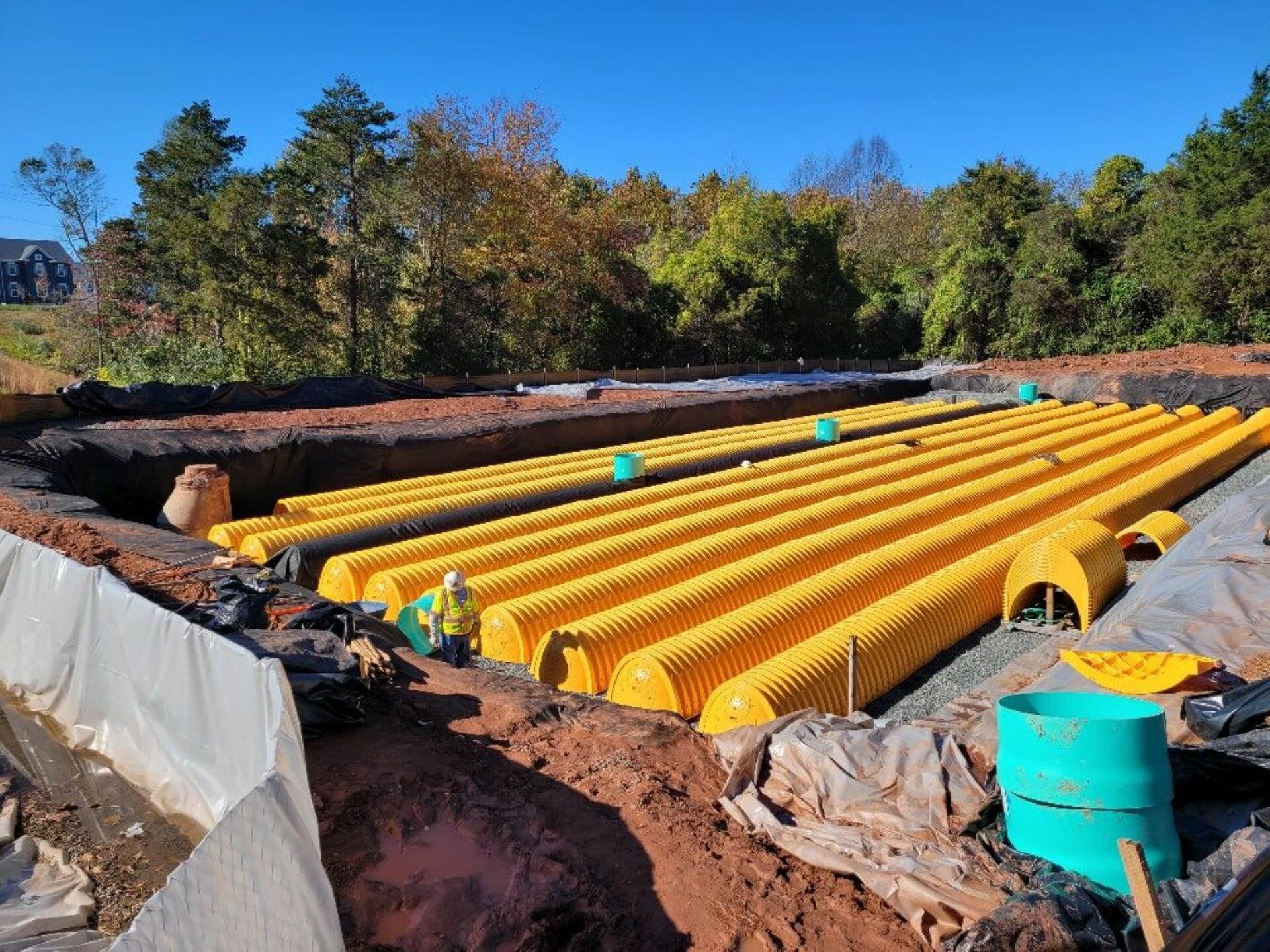 Green Infrastructure: What You Need to Know

Stormwater runoff continues to be a major contributor to water pollution within urban areas by carrying bacteria, nutrients, heavy metals, trash, and a number of other pollutants through storm sewers into local waterways. Flooding that results in damage to infrastructure and property can also be caused by excessive runoff from heavy rainfall.

In Northern Virginia, Maryland, and Washington, D.C., where Muller, Inc. operates, stormwater runoff significantly contributes to pollution in the Potomac, Anacostia Rivers, and the Chesapeake Bay. Runoff is also a considerable hazard for localities like Alexandria, Va., Ellicott City, Md., and other flood-prone communities. Many communities, including those in the D.C. metro region, have traditionally made use of gutter, pipe, and tunnel systems – known as gray infrastructure – to ensure stormwater is moved away from residential and commercial areas to local water bodies or treatment plants. This infrastructure is getting old in many areas, and its ability to deal with large volumes of stormwater is on the decline.

In order to deal with this problem, green infrastructure systems are being installed in many communities to enhance their stormwater management efforts. Encompassing engineered systems and natural elements, green infrastructure practices are lauded for their ability to increase resiliency and foster economic, environmental, and social benefits.

Green infrastructure is able to filter and absorb stormwater where it actually falls, and elements of green infrastructure are able to be woven into communities at a number of different levels. Urban examples include rainwater harvesting, planter boxes on a city street, or an alleyway being “greened.”

In neighborhoods, green infrastructure might include open park spaces outside the city center, the installation of permeable pavements, or the planting of rain gardens close to residential housing.

In landscaping, examples include the protection of wetlands, large open natural spaces, riparian areas, or the greening of steep hills. The installation of green infrastructure throughout a community or city can also offer cleaner air, water, and other value to the community, such as beautiful green spaces, diverse habitats, and flood protection.

Pollutants such as heavy metals, nutrients, pathogens, and sediment are transported to beaches, lakes, and streams by stormwater runoff from urban areas. In cities like Washington, D.C., and Alexandria, Va., that have combined sewer systems, untreated sewage can also be sent into the water by high stormwater flows.

Standard stormwater infrastructure sees stormwater quickly drained into rivers and streams, which increases peak flows and the risk of flooding. However, green infrastructure can mitigate flood risk by slowing down and reducing stormwater discharges.

Water infiltrated into the soil can also result in the recharging of groundwater.

Stormwater management systems based on green infrastructure instead of the traditional gray infrastructure can often save developers on capital costs. These savings are the result of reduced costs of on-site grading, landscaping, paving, and smaller requirements as well as the elimination or reduction of detention and piping facilities.

Rainwater harvesting systems cut down on stormwater pollution by slowing down runoff and collecting rainfall to be used later on. The wide array of systems can range from a simple backyard rain barrel and commercial building cisterns to aquifers, ground-level pits, and nets that are able to capture fog and dew. These systems have been implemented all over the world.

Muller, Inc. has been a leader in green infrastructure and sustainable stormwater management for over fifteen years, offering expert services throughout Northern Virginia, Maryland, and Washington, D.C. There are so many benefits to green infrastructure that it only makes sense to implement it as soon as possible, so contact our certified team of green infrastructure experts via our website or by calling 703-560-4040.